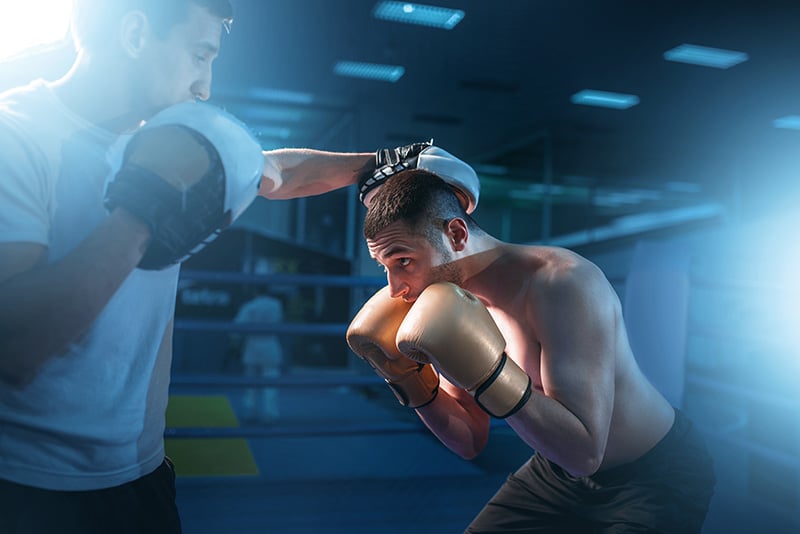 You should look at boxing, or any other sport you want to master, like a huge puzzle. You need to fit in as many pieces as you can, to form a good picture. No one can fit all of the pieces at once, with the same speed, as a matter of fact, no one can fit all of them correctly. There will always be something that you have to work on. That’s simply our way of telling you that no one is perfect. You should strive for perfection but know that you must accept who you are in the process.

So, if boxing is a puzzle, then boxing head movement is a big piece of it. In order to master it, shadowboxing alone won’t help. You need to be in a sparring duel or a real fight, or both, in order to develop the head movement that you want. Why is it like that? Well, because it is more of a feeling than anything else. The movement itself isn’t that hard to master. Shadowboxing will get you where you want when it comes to fundamentals of it, but how and when to use it, oh that’s another story. That’s why you need to be attacked and test your fundamentals in order to grow.

Why is movement so valuable in fighting sports?

You never want to stay in the same spot when you fight. It is a huge mistake you can make that will decide whether your face will be like Rocky’s, at the end of every single movie about him that there is, or like Leonardo Di Caprio’s – baby face. 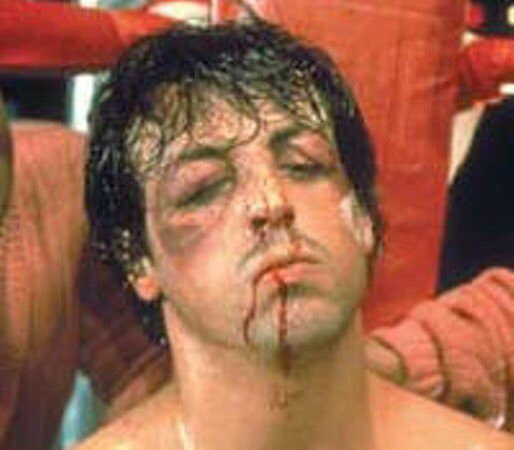 So what you need to work on when it comes to defense, is movement. Know that defense always leads to offense, and good defense is usually the main reason why you will knock someone out. When we talk about movement, we mean movement in general. You must learn proper head movement, body movement, footwork. All of those have to be close together in order to form a bigger picture on the puzzle.

By moving, you make your opponent constantly guessing, wondering what’s next, where will you go next. You will find yourself moving in patterns, but always have in mind that your opponent will try to memorize them if he knows what he’s doing that is. So, your job will be to move and try to make him guess for as long as you can. Switch something up, change this, do that different etc. If you have him in that position, you have the upper hand.

Never be a sitting duck waiting to get shot! If you don’t move, 100% of your opponent’s punches will land on you. You may block some of them, but many WILL get to you. Plus, you may lose your balance and then, it would truly mean game over!

So, today’s topic isn’t general movement, but a big part of it. Boxing head movement strategies, fundamentals and similar, is what we will be talking about today.

NOTE: In order to be able to withstand a full length of a fight, using head movement as help, you must be at a high fitness level. Condition, body strength, endurance is what you absolutely MUST have, in order to maintain the head movement and avoid those punches.

What are the benefits of head movement?

We wouldn’t be even talking about head movement in boxing if it wasn’t extremely useful. Who do you think we are?! 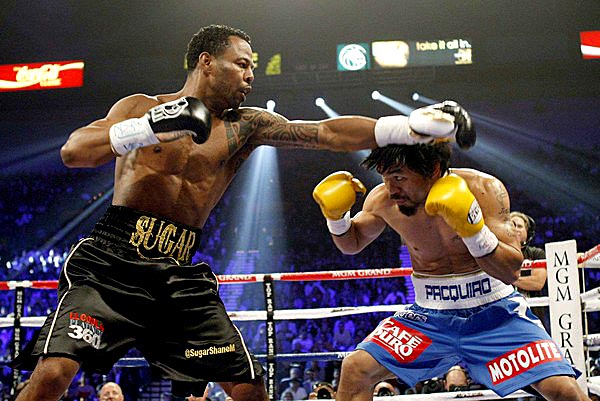 Here is what boxing head movement puts on the table for you.

But you aren’t Muhammad Ali! At least not yet, so move!

How do you perform good head movement?

There are two ways you can move your head in boxing. One would be in a circular way, the other would be in an angular way.

This type of head movement is not that hard to master. Our advice would be to go with it first. Circular head movement can actually be a way of relaxing while in a fight. All you have to do is allow your body to “go with the flow”.

First of all, you need to imagine a circular path that your head will follow. You can use the whole circle path when trying to avoid punches, but also, you can use quarters of it. The movement doesn’t always have to be fully done, you can cut the circle and see how your opponent reacts. Confusing him after a couple of misses will give you a perfect opportunity to strike. You can do the circular head movement to go inside of the punch, or outside. If you want to go inside, then you should roll with the punch. On the other hand, if you want to go outside, then you should slip against the punch.

You can also use another strategy of moment – Use the left half of the circle and the right half. Either way is good for avoiding those shots and making them slip.

This type of head movement is unique. It is way harder to master than the circular one, but it will provide you much more. Here, it is all about speed and quickness. You will keep your opponent guessing all the time if you perform this fast and accurate. In other words, an angular head movement is the best way for quick movements. This also means that you will have that much more opportunities to counterpunch.

What you should do is, imagine two triangles that are attached together by the bottom side, and imagine your head moving along them. Use this movement to slip as fast as possible. ALWAYS move in straight lines! Don’t lose the triangle form in your mind. What is the fastest way of getting from point A to point B? – A straight line, right? Unless you can teleport, but that’s illegal in boxing. So, quickly move your head through the lines and cut the punch. Know that wherever you are, using this movement, you always have two paths to use. On whatever vertex of the triangle you come, you can move to two other. So, when using a top triangle, you can avoid the direct hit by going down to the sides. When you are on the side (whichever side), you can always go back up, to a neutral position.

Use the bottom triangle, too, you already know, get yourself under the punch.

The whole point of using movements, whether you are using footwork, body movement or head movement, isn’t to avoid the punch. It is to fight back! Or, we can say it like this: It is used to get yourself into a position that may allow you to use your best combinations, or a power punch, to get a clean shot. We don’t believe in perfection but, let’s say, you are perfect with your movement. And all you want to do is use head movement and avoid punches – How are you going to defeat your opponent? All that you can do is wear him down a bit, and that’s if you are lucky. With this being said, you should know that this movement isn’t used so that you may avoid getting hit. It is designed for you to counter your opponent ‘till exhaustion. 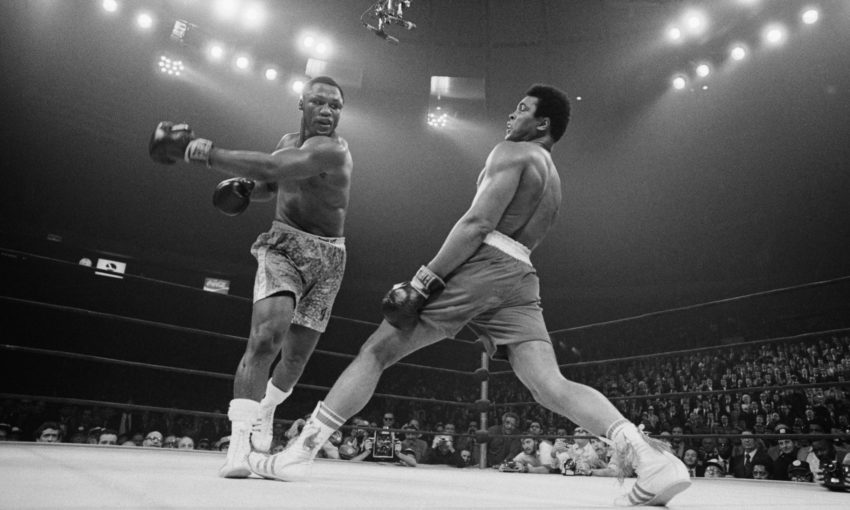 There is a simple rule on how to counter with head movement. If you are going left (slipping a punch that way) then you should throw a right punch and vice versa.

What you also need to make sure of, is that you are always ready, and have enough energy, for a punch when you are moving. You have to be prepared to punch at all times. This would also mean that you should avoid slipping to a side that isn’t comfortable for you to throw a punch.

If you are trying to counter from top positions of those two movements, here is what you can do:

You are trying to counter from the lower positions – here is what you can do:

If you are slipping from sides to the center, you can use a cross to the body or a jab.

If you are going from the center to a higher position, then hooks and uppercuts will do it.

What’s important here is to stay creative. There are many patterns that you can use, but no one says that you cannot create your own. Just outsmart your opponent!

Here is something that will help you get the idea.

The mentioned are only some of a HUGE and never ending collection of patterns. When starting, learn the basic ones, or the common ones as some would say. When you get comfortable using those, think of something different, something that will suit your style of fighting best. A good way to get an idea is to watch some of the greatest boxers do “work”. Find a good part of the match, a good move that you like, play it in slow motion and watch for all the small details. It is usually the small things that make the difference. You won’t see them right away, but keep looking. Try and mimic those movements, and later on, something will come to you.

How To Throw An Uppercut For Beginners