There are common similarities found across all combat sports. There are also common similarities found in all cars, but everyone knows the Hyundai Accent and the Lamborghini Centenario are two totally different machines. And you’d be making the same mistake comparing the different martial arts.  The subtle nuances and techniques that have been forged and perfected over centuries of practice give each discipline their unique personality. So while to the casual observer Muay Thai seems to be just “kickboxing with knees and elbows” it gets much deeper than that.  So Kickboxing vs Muay Thai, let’s take a look at both.

Muay Thai dates back to at least the 16th century.  Originated by the Siamese people of what is today known as Thailand.  They used this style of hand-to-hand combat in actual warfare, and its effectiveness led to a surge in popularity.

The fighters of that tournament became heroes and the popularity of the sport surged.  Soon after, Muay Thai became recognized as the national sport.

Due to its rich history, Muay Thai is a sport that is closely tied to Thai culture.  With this brings a ceremonious nature that is unique to any other sport. 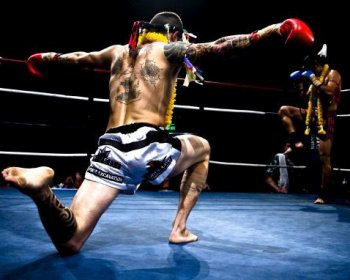 As mentioned earlier the Wai Kru is a ritual performed by both fighters before the fight.  Each fighter’s Wai Kru varies and can range from very simple to very complex, sometimes lasting nearly 10 minutes.  The Wai Kru often gives clues as to where the fighter is from and who trained him.

Traditionally, Thai fighters will begin the first two rounds slowly, feeling each other out with very conservative attacks.  Once into the third, the pace quickens and the fighters will begin to open up more and land more power strikes.  Generally, round three is considered to be when the “real” fight starts.  The pace will continue to build up until the fifth and last round when both fighters completely empty their tanks.

Another reason for the slow start is gambling.  Betting on fights is very common in Muay Thai fights.  Official and unofficial bets are placed among spectators with the odds changing constantly throughout the fight.  Many people will wait to see the first two rounds before placing a bet.  If the fight ends before round three, then basically no betting has taken place.

As such it is very rare to see early knockouts in traditional Muay Thai fights.

When foreigners began infiltrating the sport of Muay Thai, they brought a whole new pace to the sport.  While Thai fighters were used to using the first 2 rounds to feel out their opponent and fight cautiously, many foreign fighters were looking to finish their opponent as quick as possible. Modern Thai fighters, especially those that fight internationally, have adopted this style as well. 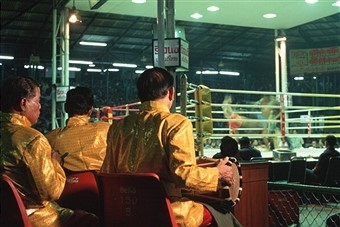 Music is also a big part of a traditional Muay Thai fight.  It is played during the Wai Kru and also during the fight itself.  The tempo of the music starts slow and then quickens as the pace builds up in the later rounds.

Known as the “art of 8 limbs”, Muay Thai prominently involves the knees and elbows along with the foot and hand striking of traditional martial arts.

Because kickboxing is a combination of different styles, its history is hard to nail down. The term kickboxing was first used in 1960 by a Japanese fight promoter to advertise a new martial art combining karate with Muay Thai.

Since then the hybrid sport has evolved into many different offshoots of styles practiced throughout the world.  Each country has added their own style and rule set, but essentially any sport that allows punching and kicking could be classified as kickboxing, Muay Thai included.

The most famous of today’s styles are K-1/Glory and American Kickboxing.  Let’s take a brief look at each: 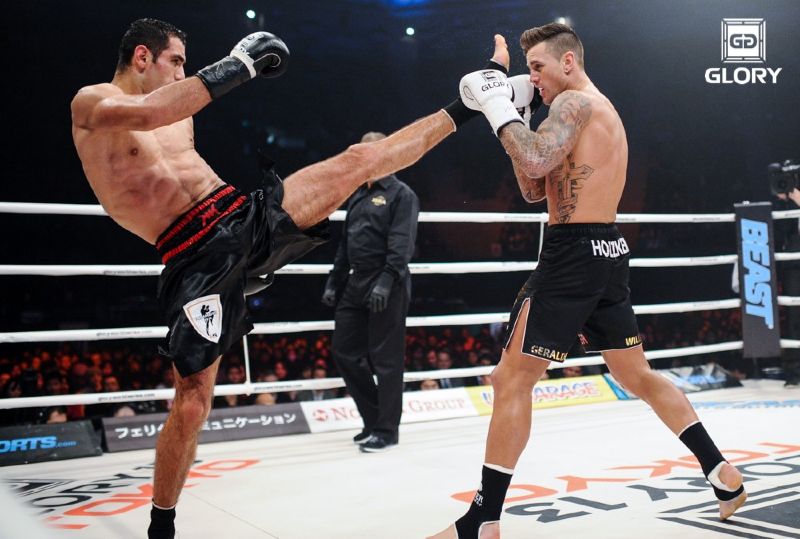 K-1 and Glory are not actually styles of kickboxing, they are promoting organizations.  However, because of their status as the top kickboxing leagues in the world, their rule sets have developed into a style of kickboxing.

Because of the popularity of these organizations, when someone talks about kickboxing, they are probably referring to K-1 or Glory, which has since overtaken K-1. 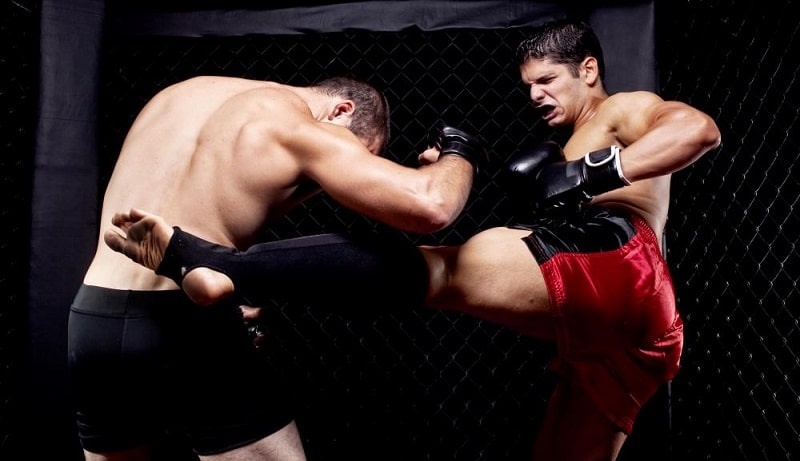 American Kickboxing became popular in the 1970-80’s as American culture took a big interest in the Martial Arts with the help of celebrity fighters such as Bruce Lee and Chuck Norris among others.

So the American style of kickboxing more closely resembles full-contact martial arts and has almost no Muay Thai influence.

Kickboxing vs Muay Thai – The Wrap-Up

To summarize, the key differences between Muay Thai and Kickboxing are:

Kickboxing vs Muay Thai – Which is Best?

Deciding which sport is best for you is a matter of personal preference.  Regardless of your choice, you’re definitely going to get a good workout and learn very useful self-defense tactics. If you have any type of martial arts or boxing background, kickboxing will be a smoother transition. However, if you’re looking for a more pure art form, steeped in ancient traditions and culture, Muay Thai might be more fulfilling.

That is until you get elbowed in the face.

How To Deal With The Fear Of Fighting