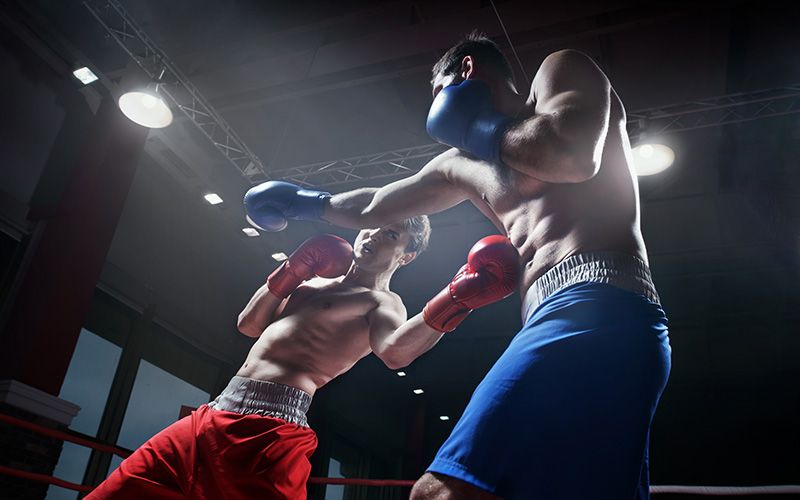 They’re called vital organs for a reason; because they are important. The life-or-death kind of important. And no matter how much you hit the weights, there’s not an exercise that exists to strengthen your organs.  A well-placed kidney punch or liver shot could drop the Incredible Hulk himself and cause any normal man to assume the fetal position as he softly calls out for his mama.

Kidney punches are illegal in boxing and for good reason.  Take a significant punch to the kidney and you’ll likely piss blood for a week.  Doesn’t take a doctor to tell you that can’t be good.

Where are the Kidneys? 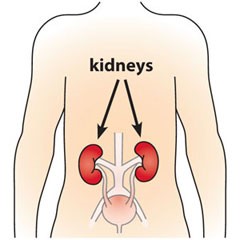 The kidneys are located towards the back of the body on either side.  About the size of your fist, they are positioned just below the ribcage so are only protected by soft tissue.  A fighter looking to attack the kidney should aim for the area just behind his opponent’s elbow.

The kidneys are especially vulnerable due to their location and are difficult to block because they are behind you.  They can only be truly protected by keeping them away from danger.  One more reason why you should never turn your back on your opponent.

Why Are Kidneys Important?

The kidneys act as your body’s filter.  Every day they filter about 150 quarts of blood, removing any waste and excess fluid.  If not functioning correctly, harmful wastes could build up in your bloodstream leading to all sorts of health problems.  They are so important in fact, that your body came with two of them, just in case.

The Power of the Kidney Punch

Because the kidneys are located in the back of the body, the opponent must have his back to you, or you have to use a looping hook in a close range attack, from a clinch for example.  Ideally, the punch should be a sharp, stabbing motion to effectively minimize the force distribution across the back muscles that act as the sole protectors of the kidneys. Kicks can also be used as the foot can wrap around the back of the body and make contact with the kidneys.

Depending on who is hitting you, the pain from a kidney punch could range anywhere from “Man, this sucks” to “Dear Lord, take me now”.  In other words, it’s no picnic.

While symptoms will vary from person to person, the common ones are –

There’s a reason why it’s more often referred to as a liver shot instead of a liver punch.  It really is that much more painful.  As bad as kidney punches are, liver shots are often regarded as being much worse. 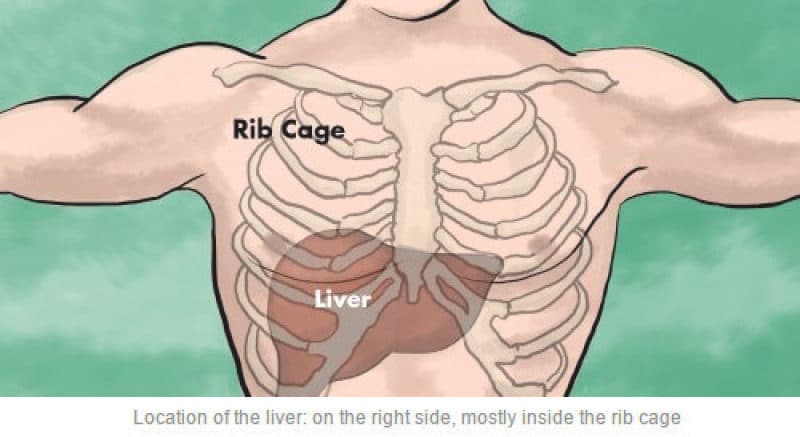 The liver is about the size of a football and located on the right side of the body.  It is mostly protected by the ribcage but is still slightly exposed.  Its location makes it easier to protect than the kidneys, but if damaged the results can be much worse.

What Does the Liver Do?

The liver is one of an essential organ in the body. It holds 13% of the body’s blood supply and is linked to over 500 bodily functions.  Some of these include –

Because the liver is partially protected by the ribcage, a more effective punch will be directed upward and into the body to get under the bottom rib and make contact with the exposed liver.  This will be a mix between an uppercut and a hook, known as a shovel punch.  Remember the liver is located on your opponent’s right side, so you’ll be using your left to attack.

Alternatively, knees can also be used to attack the liver area.  While not as precise as punching, knees are much a more a powerful and dangerous option, especially during a clinch.

For a complete breakdown, here’s the legend himself, Bas Rutten, on how to execute the liver shot.

“Was that a liver punch or a cattle prod?” You might be asking yourself this as you’re looking up at the lights.  People often report it’s like being electrocuted and then your whole body goes limp as you collapse to the floor and writhe in pain.

But honestly, words don’t do it justice.  Just take a look at Bas Rutten’s liver shot and with an open palm, mind you.

And here’s what a liver shot taken by a mortal looks like. I think that says it all.

What Exactly is Happening?

The liver is surrounded by nerves.  The nerves directly connect to your autonomic nervous system.  When these nerves get over-stimulated, from a punch, for example, your body basically goes into shut down mode.

This causes your blood vessels to dilate and at the same time, your heart rate drops.  Combined this will significantly lower your blood pressure.  Without the necessary pressure, you won’t be able to get blood to your brain.  Your body’s defense mechanism for this is to get you lying on the ground as quick as possible to even out the blood supply to your body.  And so you drop like a bag of rocks.

If it’s powerful enough, you could lose consciousness.

So it’s not mental toughness, it’s biology.  You can’t control it and that’s why a good liver shot will drop the strongest of men.

Although the kidneys and liver usually are the most talked about, the body is literally filled with organs that when hit with enough force will ruin your afternoon at the very least.  Here are the top ones:

Kill the Body and the Head Will Die

While not as sexy as a knock-out, kidney and liver punches are much more painful.  Whereas head shots don’t so much “hurt” as they simply put you to sleep, vital organ attacks are excruciatingly painful and you are likely to be conscious through every second of it.  This could suck the will to fight out of even the toughest of men.

Whether legal or not in your sport, purposely attacking vital organs isn’t regarded as a gentleman’s gesture.  But then again fighting is not exactly regarded as a gentlemen’s sport.  If that’s what you’re looking for then you’re in the wrong place.  But either way, you probably want to save these attacks for competitions or street fights and keep them out of sparring and practice.

A Boxer’s Diet: Tips And Tricks To Improve Your Diet

How To Block A Punch – A Beginner’s Guide