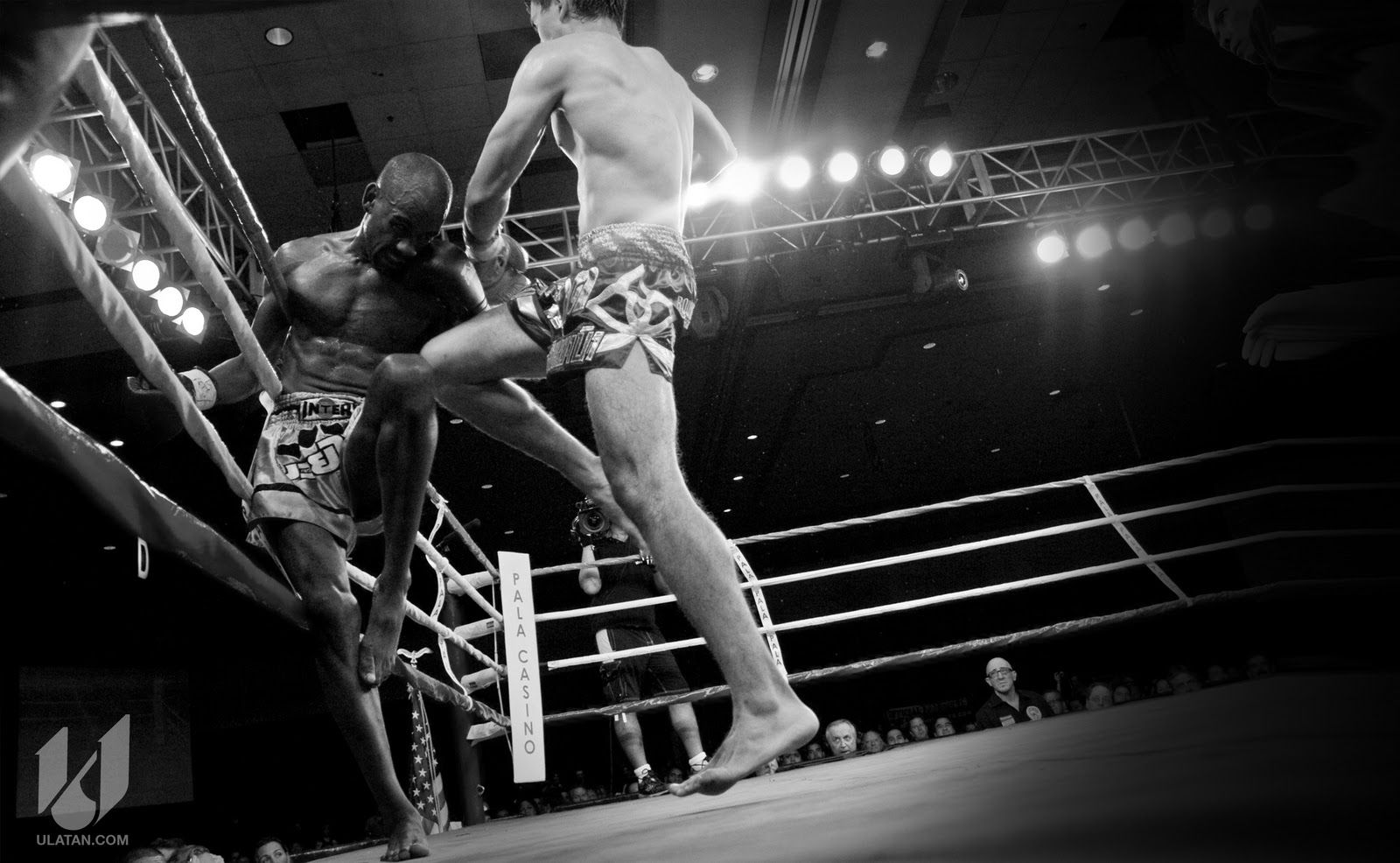 Muay Thai utilizes a full range of striking which makes the possibilities for combinations almost endless. That being said, some Muay Thai combos are more effective than others.  Check them out below 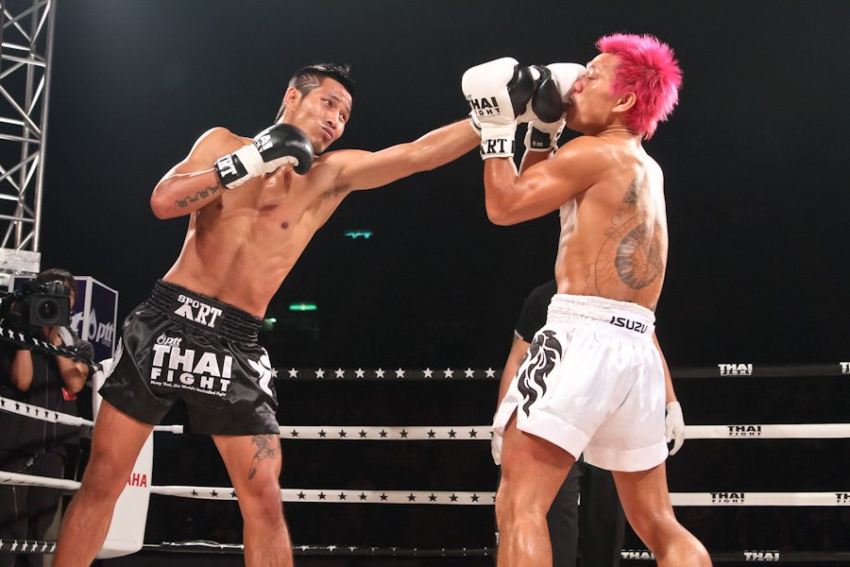 A jab is a punch that isn’t designed to do great damage but can be used in fighting to:

This is why usually a jab is the fight punch thrown in the fight and why jabs are often the opening to a combo. Let’s look at some popular Muay Thai combos that open with a jab. 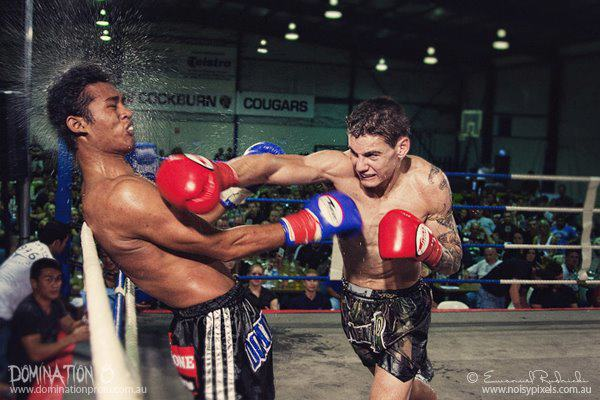 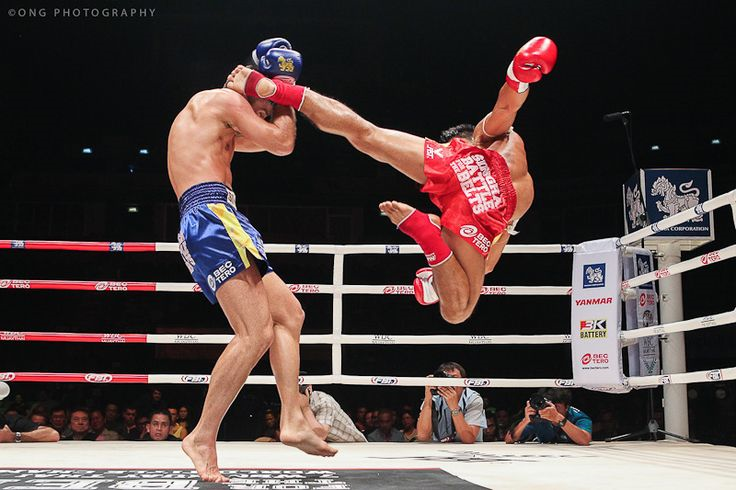 So far these basic combinations have only involved punching. But what makes Muay Thai a true martial art, is its diverse range of attacks.  So let’s look at some more advanced Muay Thai Combos that involve the lower body.

If you’re a beginner you might feel very awkward mixing in kicks with your punches with any real speed. Start slow, making sure you keep your balance and power with each strike. As you become more comfortable then work on building speed and fluidity. 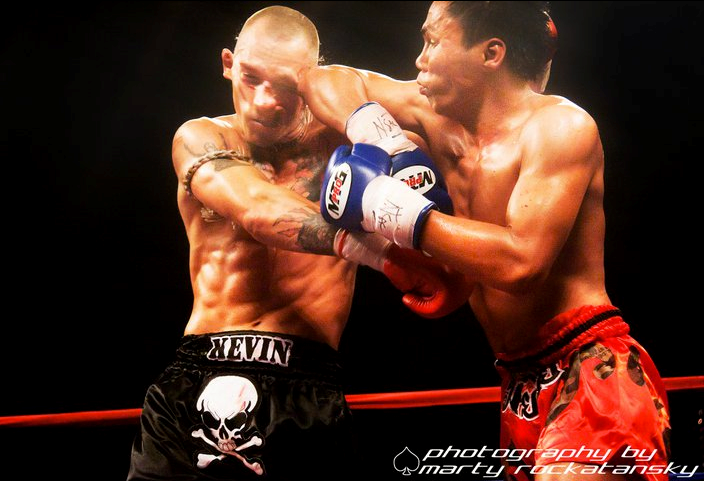 To complete the assault, let’s not forget about the brow-busting elbows. The unprotected elbow is sharp, hard, and very effective in close range situations that don’t allow for the full arm extension needed for a punch.  Adding these Muay Thai combinations with the elbow will help make you a complete Muay Thai fighter:

We’re starting to get pretty advanced now, but if you want to be a real Muay Thai badass, try these combinations.

If done correctly, your opponent should be falling into your elbow, making it much more powerful. Timing is critical on this one, both for the teep catch and delivering the elbow as your opponent is falling forward onto the lead let you just pulled.

This one assumes that your roundhouse kick doesn’t land solidly or at all. You follow through with the miss, spinning your body around and immediately throw a spinning heel kick.

For this one, balance is paramount. Make sure to keep your feet under you to maintain your balance as your spinning.

Also be sure to snap that neck around so you can see your target early, lock on, and then deliver the kick.

Often times, especially early on, fighters will trade jabs. Meaning that if you throw a jab, more often than not, your opponent will jab right back at you. This combination takes advantage of that.

After you throw your jab, wait for your opponent to jab back. As soon as he does, you should do 3 things almost simultaneously;  1) Parry to deflect the jab with your rear hand 2) Reach behind your opponent’s head to secure them with your lead hand 3) Shuffle your feet to get your knee ready to strike.

After striking, post out by pushing your opponent away from you to clear yourself from any possible counter attacks.

So no matter what your level is, these Muay Thai combos will take your fighting to the next level. But the combos themselves are only as good as the fighter delivering them.

You need the practice to make these effective in real combat. Write down two or three combos that you want to work on, bring that to the gym, and drill those until you’re seeing it in your sleep.

Once they become fluid and the pattern is second-nature, then move onto more advanced combinations. But the list doesn’t end here. The possibilities are endless.

Find out what feels most comfortable for you and what works best in the ring. You could even make your own combinations or mix and match from the list above. There is no single “best” combination for all fighters. So you need to try them all and see what is best for you. So get practicing.