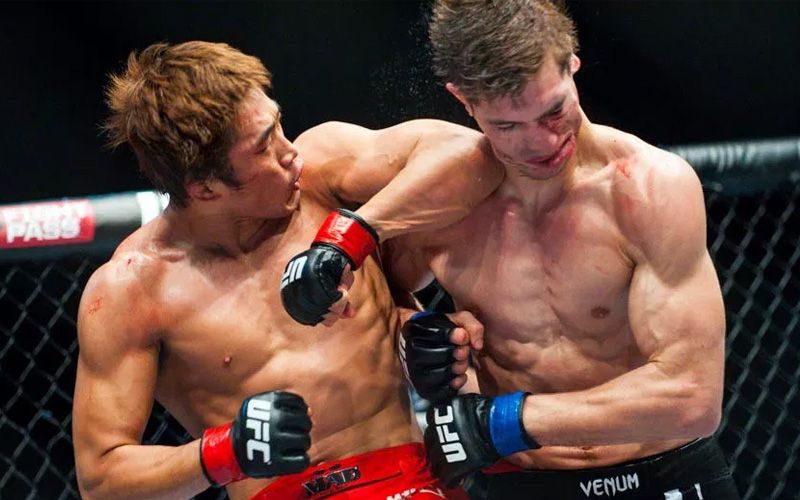 Today, we will be discussing about another move that you can add to your arsenal. This one will definitely make you more effective in the ring, and more notorious of off it. This move is pretty famous already, as a matter of fact, many professionals use it as their signature move. Its devastating power can put opponents to sleep in an instant.

Key words for this move are: Precision, Timing, Spacing.

Before we start explaining everything about this awesome move, you need to know that this one doesn’t come to you that easily. You can’t use it whenever you want, and it isn’t easy to master. You need a good setup for this move and you must be effective. However, it isn’t impossible. Everything comes with hard work and practice. The spinning elbow will too!

How To Master The Spinning Elbow

What makes this move so special is its diversity. There are plenty different ways of executing this. They are mostly similar, but if you want to learn and understand this move, you should look into all of them.

NOTE: While doing this move you should be really careful! You are turning your back to your opponent, which is ALWAYS deadly, so unless you have confidence in your ability to perform this move, you are better off without it.

First, we will show you the essence of the spinning elbow. This is key. Every other variation of the move will have this, only slightly changed. Let’s begin.

Key pointers for the Spinning Elbow:

Now that you now the basics, let’s see the variations of this great move.

Using your rear elbow is much quicker than using the front strike. You should keep this in mind since seconds may decide if you are on the floor or if it’s the other guy. So yes, you can use both arms for this.

If you want to use your lead arm, you need to change your stance in a blink of an eye, in order for your front elbow to become the rear one.

So, if you are throwing it with your left (and you are a right handed fighter), step forward with your right foot, change your stance to Southpaw and throw the elbow.

Besides from choosing which arm to use for the spinning elbow, you can also choose the angle. That brings us to the next two types.

Many people think this is the same thing, well, truth to be told, it kind of is. The movement is the same, however, your body is doing different things while performing the punch.

From these two pictures you can see the difference. It’s pretty obvious. To make it more effective, match the elbow with a regular punch. That will catch your opponent off guard, buy you time, and make an opening to throw that elbow. If both you and your opponent are in an orthodox stance, here is how to perform this.

Place your left foot outside of your opponent’s left foot. Pull your right elbow back, extend the hip and twist it. Your elbow should land at your opponent making a 180 degree angle from the starting position. If you are in clinch range, this move is excellent and will work 9 times out of 10, if it’s done correctly. While doing this, your head should be lower than your opponent’s and your elbow should be raised up. Here is how.

If you see a jab coming and manage to slip it, this move will knock your opponent off like it’s nothing. Keep that situation in mind.

It is very important to recognize those situations. Like we already explained, this move can’t be used whenever you want, unless you want to get yourself killed. Watch for certain situations, expect them, and when you see them, react.

The spinning elbow is regularly used in Muay Thai fights, and now, you can see it in the UFC, the world’s biggest MMA organization today. Jon Jones and Anderson Silva are two names that come in mind in an instant when thinking of this move.

How Do You Set Up The Spinning Elbow

The best way to set up almost any good punch, is to you a fake one. The same goes with this, especially with this!

The first thing to do, and the most common one in Muay Thai, is to use the teep. The teep is basically a jab thrown with your legs. It is mostly used to push your opponents and keep your distance. So you should do just that. Push your opponent with the teep, check your spacing, and then fake a teep, land your foot correct, and throw that spinning elbow. It is effective and deadly.

You can use this with a regular jab, but the teep provides enough room to execute this correctly. If your punch doesn’t land the way you wanted, quickly recover and get to the original position.

And there we go. A Muay Thai Spinning Elbow tutorial wrapped up.