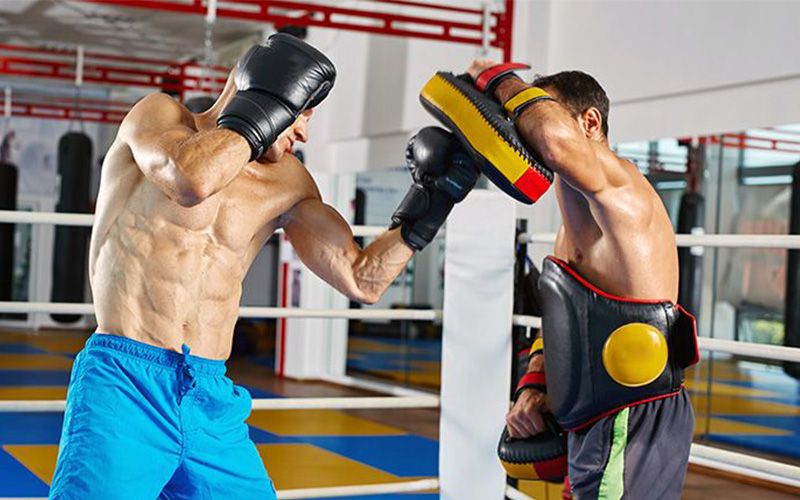 An uppercut is a staple of any serious fighter’s attack arsenal. If the uppercut’s effectiveness is in question, one need look no further than Iron Mike Tyson; whose uppercut looked like a real-life version of Rock’em Sock’em Robots.

I rest my case.

As common as the uppercut is, it’s often poorly executed. Keep reading to learn how to properly throw an uppercut.

What is an Uppercut and Why Should I use it?

An uppercut is an effective power punch that travels along a vertical plane to strike the opponent. It will usually land under or the chin or on the body.

The uppercut is effective because it is:

When to Use An Uppercut

A good rule of thumb is to never lead with an uppercut. If it misses it will leave you open to counter attacks.

Uppercuts are best utilized in close range attacks and in combinations with other strikes.  The nature of the uppercut doesn’t allow for it to be used for anything other than short range attacks.

Long range uppercuts are possible but feel very awkward for most and lack all the power associated with a traditional uppercut, which travels a nearly vertical path to connect.   This vertical path uses the body’s torque generated from the powerful hips and legs. Once the fighter extends past a certain point to uppercut an opponent at distance, this force lessens substantially. Also, most fighters will see this coming, slip past your uppercut, and go to town on the side you just left wide open.

How to Throw A Proper Uppercut

This is the most important factor in delivering an effective uppercut. It doesn’t mean hunching over. The torso should remain upright. Instead, bend your knees and you’re your hips low.

Remember, the power comes from the legs pushing off the ground. You can’t push if you knees are locked. Stay low to load up the legs like a tiger ready to pounce.

Mike Tyson was great at this. Even though he always fought opponents taller than him, Tyson stayed low allowing him to get tremendous leverage for his punches. Here’s Freddie Pacheco breaking down how Tyson does it. You can imagine the force generated from those tree trunks he calls thighs.

Once again, the power comes from your legs. Just before you throw the punch, you may want to shift a slight majority of your weight over to the same side leg that you’ll be punching. You can see Tyson does this as he leans to one side as he loads up.

As the force moves up your leg into your trunk allow your hips and core muscles to rotate producing torque and added power.

A good tip here is to forget about your arm for a second and imagine you’re punching with only your shoulder. That will give you a better idea of how to generate the rotational forces needed.

You don’t have to drop your hands to deliver an uppercut. Actually, the uppercut can be thrown from the same position as a hook or cross.

Dropping your hands will telegraph your punch and leave you open for attack. A better method would be to bend your knees and drop your hips while keeping your hands up, to get the needed angle.

However, there may be some situations, say your opponent is hunched over, that dropping your hands would be necessary to get such an extreme angle. This being said, the legs should still be bent to help generate maximum force.

Now that you’re wound up properly you’re ready to unleash the fury. Remember to push through your leg and continue pushing for the full movement. Rotate your hips and torso to generate torque and allow your arm to follow through, palm facing towards you, in a short, tight upward path, finishing just in front of your own face.

You want to push through your leg remembering this is just triggering the rotational force carried out by your hips and torso. You shouldn’t be extending and you definitely shouldn’t be jumping. Stay low through the whole movement. 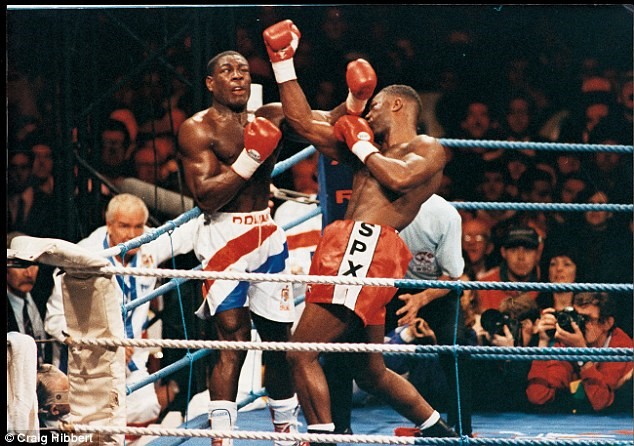 Here’s a beautiful shot by Lennox Lewis on Frank Bruno. As you can see Lewis’ weight is shifted over onto the same side he’s punching from. His hips and torso are completely pointed over to his left side, meaning he rotated them through with maximal force. Both knees are still bent after the punch and he’s pushing through the entire movement.

As mentioned earlier, the uppercut is probably the most incorrectly performed punch.  Here are some things to avoid.

If you’re like me, your first exposure to an uppercut was from Sagat on Street Fighter. 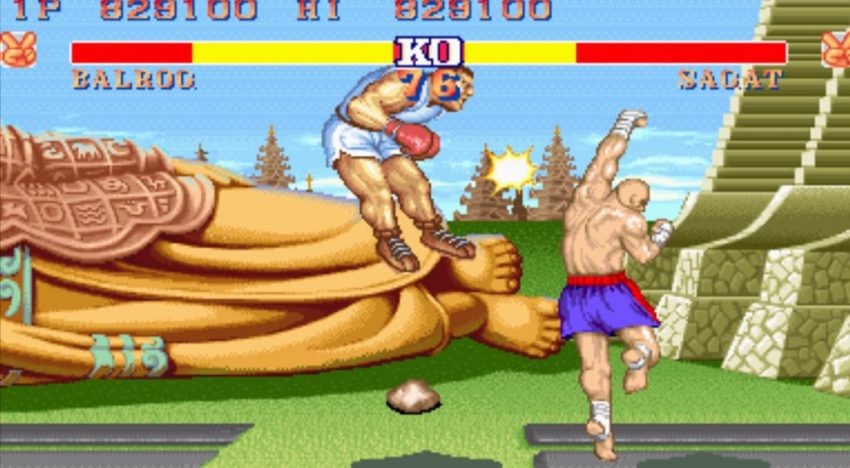 And as cool as he made it look, you actually don’t want to jump up during an uppercut.  Most mistakenly think this will make the punch more powerful, but remember the power comes from the rotational forces of the hips and torso which are generated from the legs pushing off the ground. Once the legs lose contact with the ground then that force is lost.

As a matter of fact, you don’t even want to extend the legs. You should stay short and compact throughout the movement. Like the Lewis picture above and the Tyson picture below, you can see both fighters still have their knees bent even after the punch has already landed.

We just talked about keeping the legs bent, but you also don’t want to extend the upper body. The uppercut is best used at close ranges. Extending out to reach an opponent at a distance will cause a loss of the force from what is supposed to be a short, violent upward motion. So even if it lands it won’t do much damage, and then you’re left over-extended, off balance, and open to all kinds of counter attacks.

Keep Your Hands Up

Most people think because the uppercut comes up from the bottom that you have to drop your hands to start the punch. Not only is this not true but it’s dangerous.

Dropping your hands like this is an easy tell for any experienced fighter and it will also leave you open and vulnerable to a much faster strike such as a straight punch right down the pipe.

A much safer way to achieve the necessary angle would be to drop the hips by bending the knees. This lowers the entire body, while still keeping your guard up and your torso vertical.

Due to the shape of a heavy bag, it’s impossible to accurately practice an uppercut to the head. To properly practice throwing an uppercut you’ll need to have a partner hold mitts or buy a specially designed punching bag. Here are a couple different options with links to buy.

Now that you know the proper technique it’s time to get practicing.  The uppercut is a devastating punch with tremendous power potential if thrown correctly.  Drill it over and over with correct form until it becomes natural.  Once it does it will become a very effective tool in finishing your opponents.

The Boxing Clinch – How To Use It To Your Advantage

How To Throw A Hook