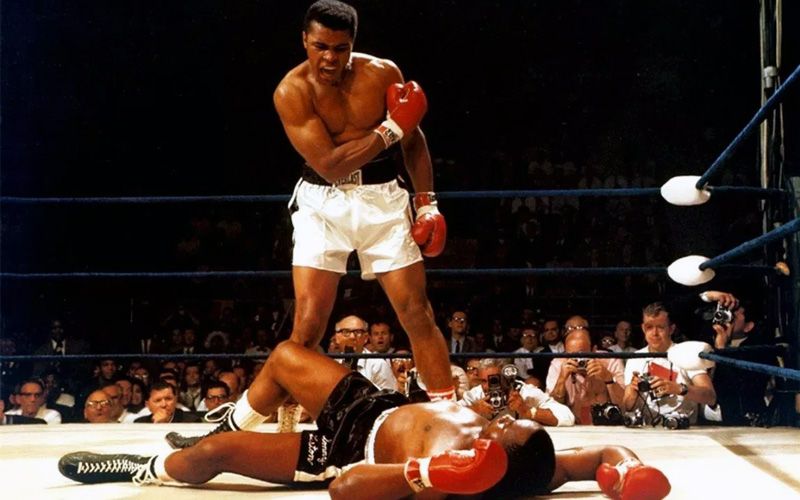 Muhammad Ali used his style to become a legend

Do you remember the first time you played Tekken? You select a buff, huge guy, because well, why the hell not? Actually, it’s because you have no clue about his abilities but like his physique. You win a couple of matches and build up your confidence. Finally, your friend chooses this funny looking, long-haired Brazilian, Eddie. You start fighting, expecting an easy win, you already know some of the punches that can be thrown, BUT, Eddie starts dancing around, performing all sorts of trickery and unleashing hell upon you. You smash the joystick and lose the match. The moral of the story? You didn’t expect a different fighting style to face you.

In this article we will help you understand how boxing styles can differ and probably save a joystick or two, but most importantly, save your real life head! However, when it comes to Eddie Gordo, there is no help, he’s the devil himself, run.

The essence of a boxing style

A boxing style is something that separates you from the rest. Sooner or later, everyone develops a certain style, either by copying it from somebody else, or by finding what fits them best. You can do this only after learning all the basics. So, when your punches start flowing without too much thinking, going automatic like it’s second nature, then that’s the time to think about a certain boxing style.

As a boxer who mastered the fundamentals, you already know what feels good to you and what doesn’t. You know how much your body, at this point, can allow you to do, and what the body allows you to do with comfort. Use that knowledge. Develop something that’s challenging for the opponent, but comfy for you.

A boxer chooses his style based his skills, aggression, quickness and personality.

AGGRESSIVE type – Boxers that belong to this group always want to push their opponents forward. They control the centre of the ring and never plan on backing down. Their tempo is pretty high. This makes them “look” like winners if the judges aren’t experienced. They will be all over the ring and look dominant although they are eating a good amount of punches. Their feet are almost leveled which makes this stance have a pretty hard time playing defense, since it will be hard to move back.

DEFENSIVE type – Their main weapon is a counterpunch. They will let the fight steadily grow and not take any unnecessary action. By this time they are studying their opponents and waiting for the right moment. This type has good footwork and body movement, allowing them to dodge. Sometimes they can be pretty boring to watch, but that’s just how they approach the fight.

Depending on the type, they will have one of these four boxing styles. They are pretty recognizable but not always exactly the same when it comes to other fighters. Minor details can be changed but the essence of the style stands.

Some of the faces that you will recognize, that used this boxing style pretty well:

Boxers that develop this style are overly AGGRESSIVE. They “live” in close range and like to get all over their opponents. Sometimes you might think they are stupid, for opening up too much and using too much force, but they know what their style’s flaws are and try to cover it by using the advantages.

They are the power punchers that can end their opponent with just one big swing. Constant pressure that they are giving leads to a worn out and bruised opponent. Breaking him physically is what they are after.

Swarmers are really interesting to watch because of what they do. They move into their opponents, taking a couple of hits while doing it, and stay there for as long as they can, delivering devastating punches. They are on a ridiculously high fitness level. Their style requires that from them. Another characteristic that they possess is that they can take punches pretty well. Defense isn’t their main weapon so some punches will land on them, and if they want to maintain this aggressive style, they have to be able endure it.

Swarmers careers don’t last that long. The style takes so much from the body, weather it’s in training or in the actual fight. In the long run you won’t be able to maintain it. The style will take its toll on you as well as the punishment you went through.

Some of the greatest to use this boxing style:

The out-boxer style is the direct opposite of the swarmer. They are all about tactics and put their mind into it, rather than their head. They like to maintain their distance and read their opponents, as you can see, they are a defensive type. Out-boxers love the long range and rely on their long range punches. They frequently use the jab to control the space in the ring.

An out-boxer must be fast and quick with his movement and punches. The goal is to wear their opponent down while staying safe. Their footwork is out of this world!

They carefully measure every punch they throw, making it accurate and at the right time. You won’t be seeing an out-boxer throwing unnecessary punches. They aren’t that aggressive, which sometimes makes them less favorable in the judge’s eyes.

Out-boxers are hunters, trying to lure their prey into their trap and quickly get the kill.

The sluggers are pretty big, but they are also slow. They don’t like throwing that much punches, they only do when they think that the hit will be guaranteed. The slugger kind of acts like his hands are guns with only a few bullets left. Well, the hammer represents their fists better, but you get the point. If they land a punch to their opponent, that can be it. Yes, they punch that hard!

They get tired pretty fast but if you get yourself hit at least once, you won’t be moving at the same pace any longer. Imagine putting two sluggers in a cage. That would be a pretty intense fight that will, most likely, be happening in the center of the ring the entire match. Punch after punch, the fight will be getting uglier, until someone falls flat to the ground.

Sluggers are usually pretty easy to predict. They are slow, so their patterns are almost obvious. Counterpunching is what they fear the most.

The fighters that had the most impact using this style:

The boxer-puncher style is pretty rare. They have it all! A well-balanced mix of all the previous styles.

Speed, power, aggression, is what describes them best. Really a lethal combination, don’t you think?

They usually have an outstanding jab with fancy footwork. Yes, the whole package. This doesn’t mean that they are great at everything. They have it all but at different levels.

The style that they don’t like facing is a swarmer that can rush the fight. However, any style can beat, well, ANY style. Preparation is key.

WHICH boxing STYLE IS THE BEST?

There is a general rule that refers to this, however, rules are there to be broken (we aren’t encouraging you to be outlaws) and every style can be beaten.

Here is how it goes: Swarmers beat Boxers – Sluggers beat Swarmers – Boxer punchers beat Sluggers. This “rule” is based on the very definitions that we gave you. It is only logical.

However, when in a fight, don’t depend on rules, depend on your skills and brain.

HOW TO KNOW WHICH Boxing STYLE SUITS YOU BEST?

First of all, NEVER force yourself to a particular style. You maybe want to be a full package so you start with the boxer-puncher style right away. That’s terribly wrong. You should see and FEEL what fits you best. As we already explained, you need to take your skill, aggression, mentality into consideration, as well as your physique.

The best way to get that feel is to start sparring! Don’t go into a fight right away. Start sparring with someone and see how you react under certain circumstances. Simulate fighting situations. Make your sparring partner go at you with full force, put some pressure on you, or play defensively. You will see what comes naturally to you. The way you move, react and attack is what will tell you what’s the best solution for you.

Of course, you MUST know the fundamentals first and then proceed. Never forget that. If you rush things you won’t learn them the correct way. It’s better to be a slow learner and take your time than to rush things!

Let us know what boxing style you most prefer?

Which Is Better: Speed Or Power?